We’re delighted to announce that Archi version 4.9 is now available to download. There are many new features, improvements and fixes in this release so please take a look at the full list of changes in the Version History. Here’s a summary of some of the new features in Archi 4.9.

The main feature in Archi 4.9 is support for specializations of ArchiMate concepts and image support for all objects. 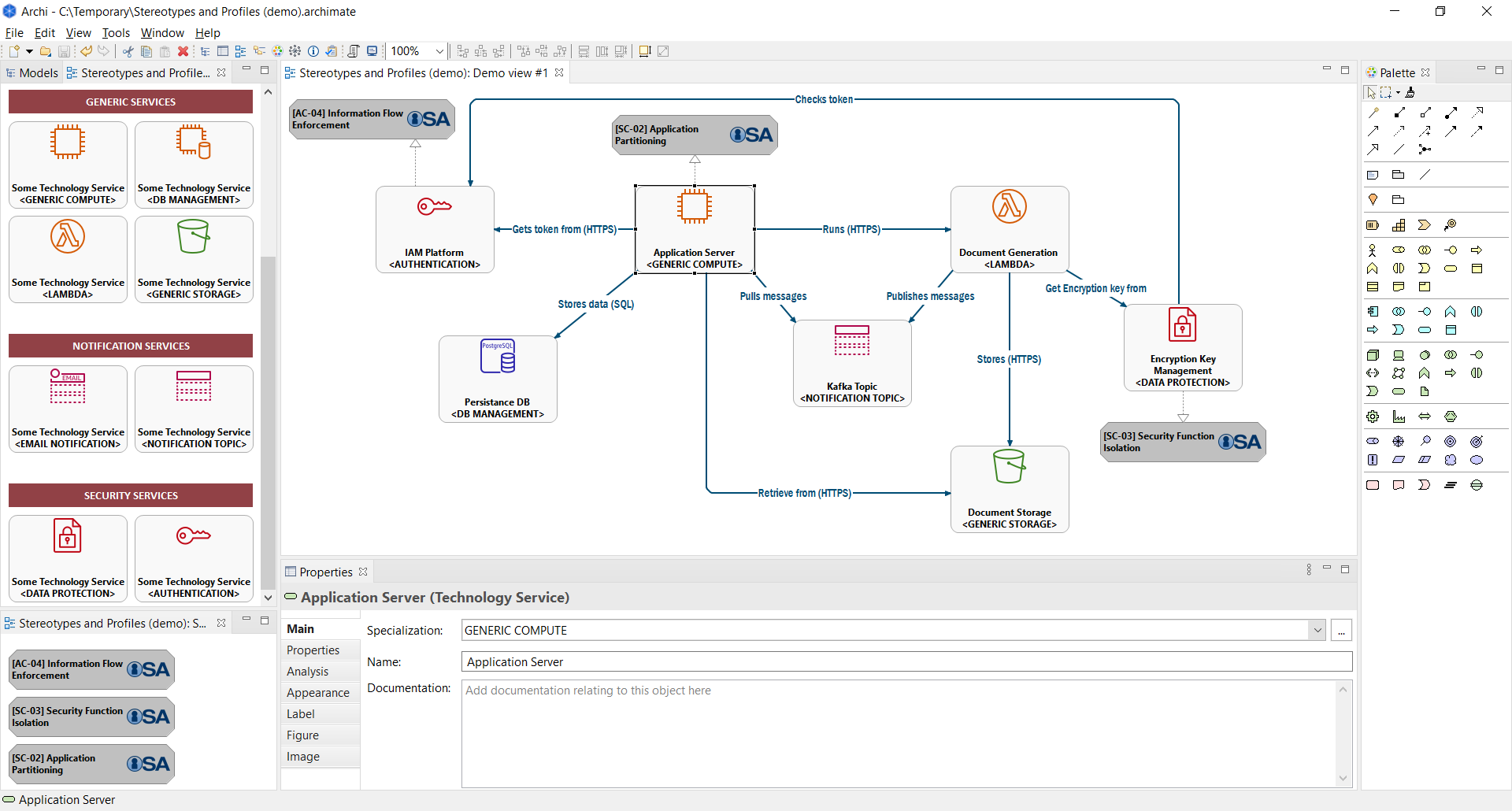 The ArchiMate specification describes the use of specialization of elements and relationships as follows:

In Archi 4.9, you can access the Specializations Manager from the Tools menu:

Here, you can create unique specializations and attach images that can be displayed for objects in a diagram View.

When a specialization has been set on an element, the default ArchiMate icon (on the top right corner) is replaced by the specialization’s image if one has been defined in the Specialization Manager. The image position can be set to one of 9 positions or fill.

A new “Image” property tab has been added:

We’ve also added all the alternate figures for ArchiMate elements as defined in the ArchiMate 3.1 specification.

Specialization support also appears in many of Archi’s other features – Copy/Paste, Format Painter, Label Expressions, Reports, Model Import, CSV Import/Export and Alasql DB. And, of course, we’ve added support to jArchi, the scripting plug-in, and some support to coArchi, the collaboration plug-in (although more comprehensive support will be added in coArchi version 2 coming next year).

The HTML Report has had a makeover and has a new flat theme together with a zoom slider for diagrams, a search bar in the model tree and support for deep links.

We also now support a native Mac Silicon build of Archi. The existing Intel version runs fine under Apple’s Rosetta 2 but we’ve provided this version in case you want to take advantage of the increased performance. Bear in mind that we are dependent on Eclipse’s support for Silicon so some UI elements are slightly different.

Apart from features that you see on the surface, we’ve also done a lot of work to support the foundations of Archi. We have a new Maven based build system, we build on the latest version of Eclipse so that we can support the latest operating systems, and, this year, we have forked the underlying Eclipse libraries – GEF (Graphical Eclipse Framework), Draw2D and Zest. This means we can fix bugs and maintain our own versions of these frameworks to ensure that Archi will continue to work on the desktop for years to come.

When Archi 1.0 was released in June 2010 probably no-one thought that would it would be still going strong 11 years later. In fact, it feels like we’re just getting started. The new features in Archi 4.9 are the foundation for more developments in Specializations and Profiles. We’re also working on new versions of coArchi and jArchi.

Thanks again to everyone who has supported Archi for the last 11 years.