The Open Group recently published an interesting case study on their blog, ArchiMate, An Open Group Standard: Public Research Centre Henri Tudor and Centre Hospitalier de Luxembourg. In 2012, the Centre Hospitalier de Luxembourg allowed the Public Research Centre Henri Tudor to experiment with an access rights management system modeled using ArchiMate. According to the article, the Public Research Centre needed to find an architecture modelling language that met their stringent requirements for this project. After evaluating some modelling languages, they chose ArchiMate to help them visualize the relationships among the hospital’s employees. The Case Study is interesting in itself, but what struck a very loud and resonant chord with me was the following statement:

…the Public Research Centre also chose ArchiMate because it is an open and vendor-neutral modelling tool. As a publicly funded institution, it was important that the Public Research Centre avoided using vendor-specific tools that would lock them in to a potentially costly cycle of constant version upgrades.
“What was very interesting [about ArchiMate] was that it was an open and independent solution. This is very important for us. As a public company, it’s preferable not to use private solutions. This was something very important,” said Feltus.

In referring to “vendor-specific tools” versus “an open and independent solution” it is not clear whether Christophe Feltus is referring to ArchiMate the language itself as a “tool”, or whether he is referring to an open source ArchiMate software tool, perhaps Archi. My inclination is to infer the latter, particularly as he refers to “a potentially costly cycle of constant version upgrades” and also because some of the diagrams in this document look suspiciously like they were created using Archi: 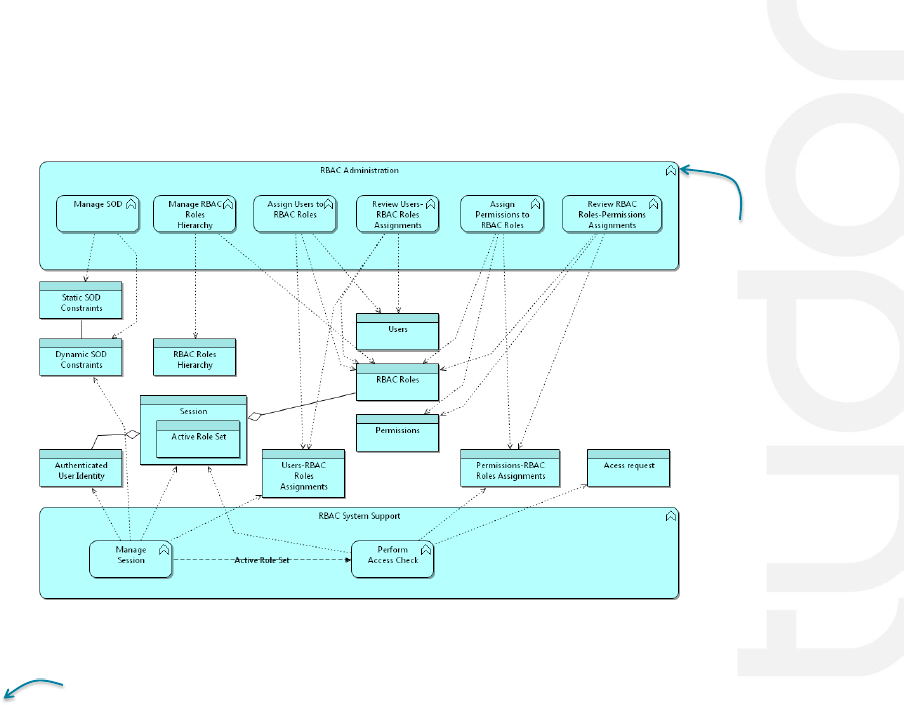 However, the important thing here is that this is yet another example of public organisations and government bodies choosing to use open source software and open data formats to ensure open data interoperability and to avoid costly vendor lock-in.

Last year, the City of Munich rejected Microsoft’s Office and Windows software in favour of open source alternatives. Munich says the move to open source has saved it more than €10m. And very recently, the UK Government chose the Open Document Format, the OpenOffice-derived file format, as the best solution for all government documents. The Minister for the Cabinet Office, Francis Maude, said:

I want to see a greater range of software used, so people have access to the information they need and can get their work done without having to buy a particular proprietary brand.

And the same thing is now happening in Enterprise Architecture with the Open Group’s ArchiMate language and the open source ArchiMate modelling tool, Archi. Archi is used not just by individuals, it is used as a core tool by many large organisations – banks, telecoms companies, insurance companies, you name it. I was recently asked, “Which companies use Archi?” I replied that it would be better to ask “Which companies *don’t* use Archi?”. Archi is, to the chagrin of some EA tools vendors, annoyingly ubiquitous.

Having had several years experience working in the domain of open interoperability standards in the UK and in Higher Education, I welcome this move to open standards and open software. This brings me to the main point of this blog post…

For some time, The Open Group has been engaged in a project to design and implement an open and vendor-neutral interoperability file format for the exchange of ArchiMate data. I have been involved in this initiative since it began, and it pleases me greatly to see that good progress is being made.

This is important for organisations who are currently engaged in Enterprise Architecture and who use the ArchiMate language. Organisations will not have to concern themselves with the headache of migrating sensitive data to another free, or less expensive, tooling solution. Organisations can be assured that their data can be safely imported and interoperate with a variety of software solutions. As the Public Research Centre in the Open Group’s case study found, there are viable open alternatives to expensive and non-cross platform software. OSS Watch, the UK-based independent advisory service maintains a comparison matrix of open source options for education. But this list is not limited to the UK, or to education. Here is an example.

The take-home from this blog post is this – if you want to future-proof your processes and your data then ensure that your organisation uses open data together with open source solutions such as Archi.